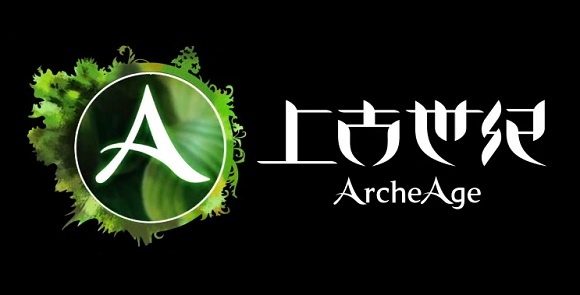 Do you still have to decide which payment-model you gonna choose for ArcheAge?
If yes, which one do YOU(!) prefer?
1) We're still working with XL on the specifics. They have a lot to do in supporting four different partners and their unique billing systems, and we want to make sure it's done right.
2) I like RIFT's current model for a lot of reasons. The zero barriers to trying and bringing in friends is the hugest advantage — People travel MMOs in packs. Barriers prevent that behavior.

3B. Do you plan the rebirth of a Pay2Play model for (one of) your upcoming games?
3B. Not at the moment.

Dear Scott,
nice to see you around! :)
Speaking for the German fans of ArcheAge I want to ask you two questions:
Question 1:
When Trion announced to bring the game to the West we were really happy to get a publisher with such a good reputation. However, over the the past year our happiness turned into huge disappointment because we feel left alone by Trion. You got any words of love to share with us?
Question 2:
Are you taking the recent drama regarding mail.ru's presentation of the free-to-play model in Russia taking into consideration in your decision about the payment system of ArcheAge?

1: I bet that the 1000 words of love i replied with earlier on the subject might answer your question!

2: Yep, we read the same Internet you do. :) We've been talking with both mail.ru and XL regularly. Everyone wants the same thing, which is great: A great game that's accessible, fair, and enjoyable to the largest number of people possible. Truly.

Everyone wants a great experience. From there it's a matter of making sure that it ends up that way.

I am in the Archeage boat as well i kinda got a few questions as well.

1) Are we going to hear about a release plan/date as this game is highly awaited and we have not hear anything concrete or really anything at all.

2)The westernization as mentioned above will be be just on looks and not changing aspects of the game? And if it's changing gameplay what changes are being made?

3)What is the payment model looking like for archeage as this has been a big area of discussion giving attitudes about the russian model,p2p,b2p and f2p and i know a lot of the big concern here is f2p being a botfest with gold farmers,hackers,and usually includes a fair amount of pay to win (ex items not gained in the game without someone paying real cash for that gives huge advantages) russia new model seems better but i like the buy to play myself with a fluff shop so what system is going to be in place? and details please price etc

1) Answered part of it in the first big, big AA answer.

The best I can tell you is that we're planning on applying a similar order of events that worked exceptionally well for us with Rift — Ensuring we have a 24/7 alpha running for stability and ongoing update testing, then expanding it into the beta, then into events, then setting the launch date once we're confident in the betas. A good number of the same people on our side are fulfilling the same roles for ArcheAge that we did in Rift's launch.

Given the now-firmed-up plans on what XL is doing with the core game, the teams just yesterday began the process of locking down the dates for the different stages.

2) Think of it this way… It's less about looks and gameplay, and more about languages (3 of them, remember) and operations.

On one layer, there's the mass of technical integrations and operational infrastructure work to be done. One example: Not all companies' patcher frontend and patch server backends are created the same. There's a dozen different ways to solve that problem. Their way is perfectly good, but we need a way that ties into our update server infrastructure. Multiply that kind of work across about 20 or 30 technical topics.

The next layer up is translation localization — MMO's tend to have around 2mm words. We have 3 languages, so, let's say 6mm words. MMO's also tend to have a whole lot of proper nouns. Proper nouns in Korean look a lot different than proper nouns in English, so new words frequently need to be invented, and be made to be consistent across the entirety of the game. Dictionaries need to be made and you need to make sure everything's consistent and cohesive in its new form.

That's really what we've been focusing on. That's a massive amount of work on its own.

We are making gameplay comments after observing the existing locales, and finding that most if not all of our observed issues are already on the list of things that XL plans to address for all locales.

We don't currently have any blanket gameplay requests specific to our locales. If there ever were any, it would result based on playtesting with western players playing the game, on our service

3) Details will be coming — We can all agree that pay to win is bad, though, that's for sure. The best things must always be earned/played for. If they're not an enjoyable part of the game, there's a far bigger problem than business model!

At the same time, I think there's a lot of undue concern around bots, assuming that one protects and manages their game correctly. Granted, there have histtorically been a few MMOs that haven't done a great job here, so some amount of concern is absolutely valid.
We'll be sharing our security and anti-botting techniques with XL if they'd like us to. That tech has been extremely successful in RIFT. In terms of running the service, and ensuring our CS has the same access to immediate data that they have in our existing games, they'll go at it with the same discipline in managing-out bot accounts — The goal being to ensure that no matter what the specifics of the model are, we're in the best shape we possibly can be.


Everyone wants the same thing, which is great: A great game that's accessible, fair, and enjoyable to the largest number of people possible. Truly.